Only a few weeks left until the U.S. Presidential Election 2020, and the stakes could not be higher.  In what is highly charged political landscape, the outcome of this election could not be more defining for our transatlantic business community. On this occasion, we decided to invite back a number of key experts who we had the chance to meet over the course of the year for BAB’s annual U.S. Politics Panel led by EY, including:

A session not to be missed.

Lizzy Burden is an economics reporter at The Telegraph, with a focus on international trade. Based in London, she covers daily developments in the post-Brexit ‘Global Britain’ project of negotiating trade deals around the world, as well as trade wars between the world’s biggest economies. She also presents CoronaNomics, a social media-first series about economic solutions to the Covid-19 crisis. Lizzy read History at the University of Cambridge. 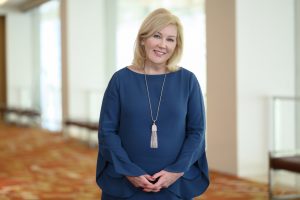 Kate Barton has more than 34 years of experience serving some of EY’s largest clients. She joined EY in 1985 as an intern and became a partner in 1996. In 2009, Kate was appointed EY Americas Vice Chair – Tax. She assumed the role of Global Vice Chair – Tax on July 1, 2018 and leads our tax professionals worldwide. Kate is involved in all aspects of the Tax practice, including strategy and operations, people development, client relations, quality control, risk management, thought leadership, knowledge, and learning and innovation efforts to bring new services to market.

Kate recently served as a member of the Americas Operating Executive and executive sponsor for EY’s Black Professional Network, and is a current member of the Executive Board, the Global Practice Group, the Global Tax Executive Committee, and the EY Global Diversity & Inclusiveness Committee. Previous leadership roles include serving as the Northeast Region Tax Managing Partner (TMP) from 2005-2009 and as the New York Office Managing Partner from 2008-2009. She had been a TMP since 2002, first in New England, then in Metro New York, prior to the regions combining to become the Northeast. Kate serves as a Senior Advisory Partner on several of the US Tax practice’s largest accounts, including The Kraft Group, Tishman Speyer and Polo Ralph Lauren.

She is actively involved in Women Fast Forward, EY’s initiative focused on gender parity in the workplace, and recently joined EY’s Global Diversity and Inclusiveness Committee. She also champions developing opportunities for young STEM specialists at EY and in the tax profession, integrating their knowledge to create an inclusive and broadminded future workforce.

Her community and philanthropic interests are focused on expanding opportunities for students and young professionals. She serves as a board member of the All Stars Project, a national nonprofit organization that provides after-school development programs to more than 10,000 students, transforming the lives of inner-city youth using the power of performance.

Kate is a recognized leader in the tax field, named in December 2014 by the New York Business Journal as one their Women of Influence and, as one of the few women in senior client service leadership positions in the Big Four, is dedicated to diversity. She is a recipient of City & State’s Corporate Socially Responsibility for Law, Consulting & Business Services Award. Kate was named 2015 Woman of the Year – Business Services in the 12th annual Stevie Awards for Women in Business and was also named 2016 Female Executive of the Year by the Women World Awards®. In 2017, Kate was an honoree at the Irish America Business 100 gala and the 20th Anniversary Shanti Bhavan Children’s Project gala.

Kate is regularly quoted in the media on business and tax matters, and she has also made frequent appearances on broadcast outlets. 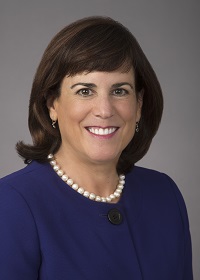 Barbara Weisel is a Managing Director at Rock Creek Global Advisors, an international economic policy advisory firm, where she focuses on international trade and investment policy and negotiations as well as market access and regulatory matters.

Ms. Weisel has more than 25 years of experience advancing international trade and investment initiatives, expanding market access in Asia-Pacific markets, and resolving specific issues faced by businesses in the Asia-Pacific.

Ms. Weisel served most recently as Assistant US Trade Representative for Southeast Asia and the Pacific. She was the US chief negotiator for the 12-country Trans-Pacific Partnership (TPP) from its inception in 2008 through its signing in 2016. She was responsible for developing US positions in coordination with other government agencies, Congress and the US private sector.

As Deputy Assistant US Trade Representative for Bilateral Asian Affairs (Korea, Southeast Asia, and South Asia), Ms. Weisel served as negotiator of FTAs with Malaysia, Thailand, Australia and Singapore. She also was charged with monitoring and enforcing Asian countries’ compliance with their World Trade Organization commitments and working with US companies to resolve specific issues in these markets.

Earlier, Ms. Weisel served as the official responsible for managing global pharmaceutical regulatory issues and as Director for Japan Affairs.

Before joining USTR, she worked at the State Department from 1984-1994, serving in a variety of positions, including as international economist on Japan, the Persian Gulf, and North Africa. 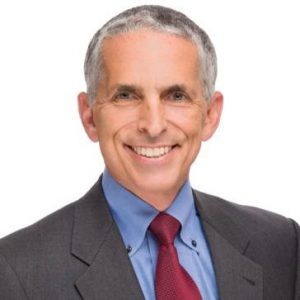 Dr. Jeremy Rosner is one of the world’s leading consultants for global leaders in business, politics, governments, and foundations. He specializes in using sophisticated public opinion research to help leaders design and implement winning campaigns and communications strategies.

His business clients have included Boeing, BP, CNBC, McKinsey & Co., Microsoft, Monsanto, Sainsbury’s, Sun Microsystems, Verisign, and Willis Towers Watson. His work as a pollster, campaign consultant, strategic adviser, and expert on international affairs, has been cited in many publications around the world, and was the focus of the award-winning documentary “Our Brand is Crisis.”

Before joining the firm in 1998, Rosner served as Special Adviser to President Clinton and Secretary of State Albright, with the responsibility of leading the administration’s successful push to add Poland, Hungary, and the Czech Republic to the NATO Alliance.  From 1993-94, Rosner served as Special Assistant to President Clinton as Counselor and Senior Director for Legislative Affairs on the staff of the National Security Council where he was the President’s chief foreign policy speechwriter and coordinated the administration’s interagency legislative work on national security.

Sosnik has also advised over 50 U.S. Senators and governors.

Mr. Sosnik received his Bachelor of Arts degree from Duke University.  He currently resides in Washington, D.C. with his wife, Fabiana Jorge, and their three children, Christopher, Phillip and Nicole.