Exclusive Roundtable on Geopolitics | The Economic Price of Polarized Politics

Exclusive Roundtable on Geopolitics | The Economic Price of Polarized Politics

As the United Kingdom negotiates its exit from the EU, the country strives to maintain the twin pillars of its foreign policy – its “special relationship” with the United States, the UK’s largest trading partner, as well its strong ties & influence in the European region. The ensuing changes that the UK faces potentially put both under threat. Transatlantic businesses must brace for this change amidst apprehension of a global economic downturn. As Brexit nears, how must leaders shift their focus in 2020 to ensure continued innovation, productivity, and growth?

Please join us for an intimate dinner as we bring together senior industry leaders, as well as economic & global affairs experts to discuss the future global economic outlook as impacted by the UK’s ongoing political upheaval, and its potential impacts on companies that operate across the Atlantic.

Location: By invitation only 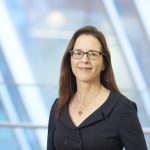 Yael is Chief Economist at KPMG in the UK and a Fellow at the National Institute of Economic and Social Research.

She has been advising clients on the global economic outlook and its impact on their strategy for over 20 years. Her experience spans private sector clients across a wide range of industries and geographies, as well as public sector bodies.

Her research looks at the impact major changes, including new technologies and Brexit, could have on the economy as well as on individual businesses. Her work at the National Institute of Economic and Social Research looks at ways to lift growth across UK regions. 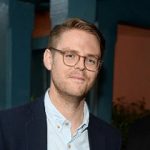 Tim leads the UK Government’s efforts to facilitate Foreign Direct Investment from the US to the UK and leads the Department for International Trade in the western half of the United States encompassing the UK’s trade and investment teams in Los Angeles, San Francisco, Chicago and Houston and the 30 states that they cover. Prior to his appointment as Regional Director, Tim led the Department for International Trade’s Creative and Media team in the Unites States. He previously worked for the UK government in London, most recently as a senior policy advisor in the Cabinet Office. He has a bachelor’s degree in Political Science from the University of Bristol and a master’s degree in Public Administration from the Price School of Public Policy at the University of Southern California. Born in the UK, he has lived in the United States since 2013. 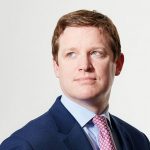 Brian is a partner in the financial institutions group, advising banking, fintech, and other financial services clients on M&A, IPOs, investor activism and crisis management.

His experience includes working on some of the biggest banking crises and re-privatisations in Europe and the US. He has also worked closely with payments and fintech businesses on crisis management, activism, equity narrative development and transformational M&A.