The Transatlantic Policy Toolbox – how will UK and US policies today shape our economies in the future?

As the US and UK economies contract at record levels, central banks and policy makers must act swiftly and innovatively to pave the road to recovery. As the COVID-19 crisis continues to unfold, the Bank of England and the Federal Reserve are rolling out new policies and the regulatory framework on both sides of the Atlantic is changing.

At this event co-hosted by BAB and the University of Chicago Booth School of Business, panellists together will explore what the choice to pursue specific policies (and not others) can tell us about the shape of today’s economy and the future that policy makers are trying to help build.

Professor Randy Kroszner (former US Federal Reserve Governor) and Paul Tucker (chair of the systemic risk council and former Deputy Governor Bank of England) will explore the implications of the policy response by the BoE and Fed. Richard Hunter (corporate ratings expert with Fitch Ratings) will review the impact of these policies on the health and resilience of large corporates.

Anna has spent more than 15 years interviewing business leaders, politicians and key economic voices. She tracked the global economy through the Great Financial Crisis, lead Bloomberg TV’s Brexit coverage and now speaks to businesses and economists every day about the scars being left by the COVID-19 pandemic.

Before joining Bloomberg in 2013 Anna worked as a freelance presenter at CNN International and spent eight years at CNBC Europe where she co-presented four hours of live TV every weekday. Before working in TV Anna was an equity analyst at UBS and qualified as a Chartered Management Accountant at Pricewaterhouse Coopers. 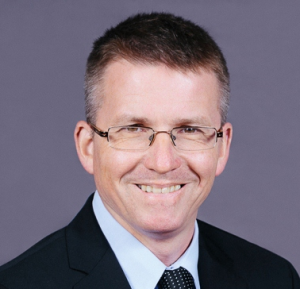 Richard Hunter is the global head of Fitch’s corporate rating practice, which covers industrials, utilities and real estate companies. Fitch’s corporate group rates over $10 trillion in bond and bank debt, built on the opinions of 400 dedicated corporate analysts, based in 28 cities around the world.

Fitch’s corporate group covers all aspects of the rating and surveillance of upwards of 2,000 non-financial corporations across the globe, as well as publishing timely commentary on different sector trends, scenario analyses for industries and individual companies, issuer forecasts, commodity price decks, and loan and bond performance across regions.

Richard holds an MA from Lincoln College, Oxford, and, before joining Fitch in 1996, he worked in credit roles in Frankfurt and London at the central liquidity institution for the German cooperative financial system. He is currently based in London. 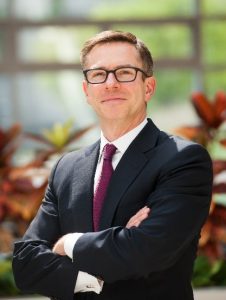 Randall S. Kroszner is the Norman R. Bobins Professor of Economics and Deputy Dean for Executive Programs at the Booth School of Business of the University of Chicago.

Kroszner is currently based out of Chicago Booth’s London campus. From 2006 to 2009, he served as a Governor of the U.S. Federal Reserve System, where he took a leading role in developing responses to the financial crisis.

Professor Kroszner was a member of the U.S. President’s Council of Economic Advisers, where he worked on issues including sovereign debt restructuring, currency crisis management, terrorism risk insurance, financial regulation, corporate governance, and IMF reform. Professor Kroszner currently serves as the Chair of the Financial Research Advisory Committee to the Office of Financial Research at the US Treasury. He is a member of the Federal Reserve Bank of Chicago’s Academic Advisory Council and is a member of the advisory board of the Paulson Institute. He is a Research Associate of the National Bureau of Economic Research. 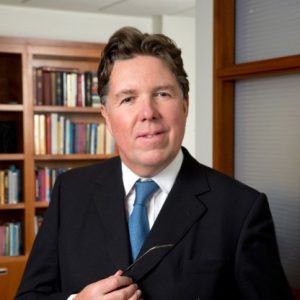 Sir Paul Tucker is the chair of the Systemic Risk Council, (LINK) the independent body of former top central bankers, government officials and financial experts dedicated to a stable financial system, and a Research Fellow of the Mossavar-Rahmani Center for Business and Government (LINK) at the Harvard Kennedy School.

He is the author of Unelected Power: The Quest for Legitimacy in Central Banking and the Regulatory State which charts how the extraordinary power of unelected central bankers and regulators needs to be structured and checked in the interest of democratic legitimacy.

He spent more than three decades in central banking, occupying senior positions in the international policymaking world, and was knighted by Britain in 2014.

As Deputy Governor at the Bank of England from 2009 to October 2013, he was at the centre of efforts to contain the financial crisis and to reshape the international regulatory framework for financial stability. Former Governor of the Bank of England Mervyn King said, “Paul probably understands more about central banking than anyone else. He knows about every aspect of that arcane art and now he [is] free to tell the rest of the world what happens behind those high walls.”

He was a member of the steering committee of the G20 Financial Stability Board, chairing its Committee on the Resolution of Cross-Border Banks in order to overcome the too big to fail problem. He was also a member of the board of directors of the Bank for International Settlements, the central bankers’ bank, and was chair of the Basel Committee for Payment and Settlement Systems.

Duncan Edwards is the chief executive of BritishAmerican Business, the leading transatlantic trade organization of some 500 companies, which has an ongoing mission to support policies and action which protect and enhance the environment for trade and investment in, and between, the USA and the UK; he is also the chief executive of the British American Business Council, the umbrella organization of more than 20 chapters across the USA and UK.

Edwards is an experienced cross border negotiator and deal maker with experience of M&A and dealing with regulators in all major markets and a particular expertise (in addition to the UK and USA) on China and Russia which he has visited dozens of times. A British citizen, he currently lives in New York and Connecticut where he can often be found on long runs in the hills.

Register
Go to Top
We use cookies to ensure that we give you the best experience on this site. If you continue without changing your settings, we’ll assume that you are happy to receive cookies on this site. However, if you would like more information about cookies or you would like to change your cookie settings at any time you can read our Cookie Policy or find out more about cookies.Accept