This exclusive, invitation only, BAB Roundtable offers rare access to hear directly from the regulator and leading legal experts in the field of data privacy at a time of tremendous change in the laws and enforcement. We will review the major transatlantic and global developments, from record multi-million pound fines for GDPR breaches to new laws in the U.S. such as CCPA, from seismic recent court rulings such as the shooting down of  the U.S./EU Privacy Shield scheme affecting transatlantic data transfers to GDPR-like laws such as Brazil’s LGPD appearing across the globe. Hear what the regulator thinks businesses do well and poorly. Understand what businesses should focus on and what practical steps should be taken regarding customer data, employees, marketing and sales activity, websites and social media etc. to reduce risk of fines. What are the practical things the ICO expects businesses to do?  How are multi-million pound/dollar fines calculated as a percentage of revenue? How should you best juggle different rules in the U.S./Europe and globally? What does the post Brexit future look like for the ICO and the UK?

This virtual roundtable is relevant to:

She has set out a commitment to increase consumer trust people have in what happens to their personal data. This forms the basis of her strategic plan, and has been demonstrated in her commitment to ensuring companies are transparent with the public about how personal information is used, notably with high-profile investigations into Yahoo, Camelot, WhatsApp and Facebook.

The Commissioner has also demonstrated a focus on the essential role data protection can play in innovation, and the importance of organisations understanding the growing impetus on companies to be accountable for what they do with personal data. This forms a central part of the General Data Protection Regulation, which came into force in May 2018.

Ms Denham is a strong voice for public access rights. A proponent of open government and open data, Ms Denham has called for the proactive disclosure of records and published best practices for government ministries and public bodies. While at the ICO, she has called for the Freedom of Information Act to be extended to private bodies doing work on behalf of the public, and proposed a review of legislation around the duty to document information.

In 2011, Ms Denham was honoured as a UBC distinguished alumna for her pioneering work in archives and leadership in the field of access and privacy.

In 2013, she received the Queen Elizabeth II Diamond Jubilee Medal for her service as an Officer of the Legislature of British Columbia, Canada.

In 2017, she was recognised as being one of the three most influential people in data-driven business in the annual DataIQ 100 list. She was honoured to accept the appointment of Honorary Professor in University College London’s department of Information Studies. The professorship will extend until 2022.

In March 2018, she was named as the most influential person in data-driven business in the updated DataIQ 100 list.

In July 2018 the Information Commissioner published a report entitled Democracy Disrupted? Personal information and political influence, which sets out the findings and recommendations arising out of the ICO’s 14-month investigation into the use of data analytics in political campaigns. A separate progress report gives details of some of the organisations and individuals under investigation, as well as enforcement actions so far.

In October 2018, Elizabeth was appointed chair of the Global Privacy Assembly (GPA). The GPA is the leading global forum of data protection and privacy authorities, encompassing more than 120 members across all continents.

In March 2019, Elizabeth was appointed chair of the Governance Working Group of the International Conference of Information Commissioners (ICIC). The ICIC is the leading global forum for information commissioners and ombudspersons responsible for overseeing access to public information legislation. As of February 2020, it has 45 members across all continents. 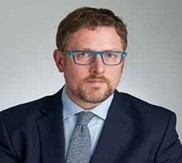 James is responsible for overseeing all the legal work of the ICO and providing legal advice to the Commissioner, executive team and management board. He first joined the ICO on secondment from his previous role as a specialist regulatory lawyer with DLA Piper’s Manchester office to lead the legal aspects of ‘Operation Cederberg’, the Commissioner’s investigation into data analytics for political purposes which included Cambridge Analytica and the SCL Group of companies.

Prior to joining the ICO James worked at DLA Piper for ten years dealing with all aspects of regulatory law, including investigations and prosecutions involving money laundering, carousel and boiler room fraud, export control and sanctions issues, proceeds of crime and confiscation and Anti-Bribery & corruption. Whilst the majority of his practice was spent advising and defending individuals and corporate bodies he also prosecuted environmental offences on behalf of a regulatory body. 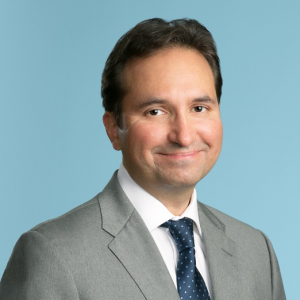 Rafi is a Partner at international law firm Pillsbury. He practices out of the Silicon Valley and London offices and is Head of the Data Privacy and IP/IT Practices in Europe. He has the rare Hall of Fame ranking in the 2020 Legal 500 Guide, knows a number of the Data Commissioners very well and has authored/co-authored 6 books including Regulation of the Internet, E-Business: The Practical Guide and new for 2021 Data Privacy: The Practical Guide.

He has been a thought leader in the e-commerce space since the dot.com boom and has lectured with ‘Father of the Internet’ Vint Cerf and other leading figures, He advises regularly on GDPR, CCPA, LGPD and international data and e-commerce issues, as well as international growth and entry to new markets, including the launch and marketing of new products and services (dealing with claims, competitors and regulators). Rafi is also on the firm’s Covid-19 team and is doing a lot of work currently for Silicon Valley clients developing cutting edge tracking technology and many other businesses looking to use such technology to reduce return to work risks and Covid-19 liability.

Register your interest
Go to Top