We are excited to partner with Knight Frank again to bring together the BAB London and New York Community for a truly unique thanksgiving celebration.

Transport yourself to the glitz and glamour of the iconic Waldorf Astoria, New York with a virtual guided tour of their exquisite model residence.

The tour will celebrate America’s thanksgiving holiday with a cocktail masterclass with expert mixologist Frank Caiafa. Frank was the manager of the Peacock Alley Bar and La Chine Restaurant and has many stories to tell from his time serving The Waldorf Astoria’s many VIP guests and creating the bar’s distinguished cocktail menu.

Guests will receive a list of ingredients ahead of the event to make the cocktail at home and attendees will receive a complimentary copy of the Waldorf Astoria Bar Book written by Frank Caiafa featuring easy to prepare pre-Prohibition classics. 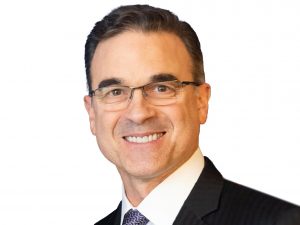 With 20 years of experience selling luxury residential real estate in Manhattan, Dan has amassed an impressive record of creating value for some of the city’s most prolific and well-regarded developers.

Dan is currently the Senior Director of Sales at The Towers of the Waldorf Astoria, spearheading the predevelopment and sales of the multi-billion dollar project including 375 condominium residences perched atop the rebirth and restoration of the original Waldorf Astoria – New York on world famous Park Avenue.

Before joining Douglas Elliman Development Marketing, Dan was a Senior Director of Sales at Corcoran Sunshine Marketing Group, where he was responsible for over $3.3B in new development sales in some of the city’s most notable projects, including Extell Development’s ONE57, which shattered the record for the most expensive apartment in Manhattan at just over $100M for the building’s penthouse. Dan also lead sales at The Greenwich Lane, the redevelopment of the former St Vincent’s Hospital by the Rudin Family and Global Holdings, to a full sellout, as well as numerous other Manhattan new development condominiums including Chelsea Modern, 57 Irving Place, The Townhouses on Washington Street, Riverhouse in Battery Park City, 180 East 88th Street and 53 West 53rd Street. 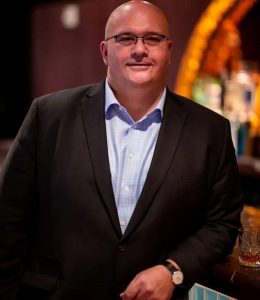 Frank Caiafa is notably known as the beverage director of the highly celebrated Peacock Alley and La Chine restaurants at The Waldorf Astoria Hotel New York from 2005 until is closure for renovations. Frank is also the author of The Waldorf Astoria Bar Book which was a complete update inspired by the classic cocktail books Old Waldorf Bar Days (1931) and The Old Waldorf Astoria Bar Book (1934). This new classic guidebook was a 2017 James Beard Foundation Award finalist and nominated for a 2017 Tales of the Cocktail “Spirited Award” for best new cocktail and bartending book.