Last week, President Biden’s comprehensive immigration reform proposal, the U.S. Citizenship Act of 2021, was introduced in the House and Senate. As officials in the administration initially reported, the provisions for the proposed legislation indeed include a pathway to citizenship for noncitizens physically present in the United States as of January 1, 2021 (including DACA holders), along with more protections for employment-based immigration. The Act has been regarded a moderate plan meant to attract bipartisan support and would modernize many facets of the existing immigration system.

The current legislative draft indicates that the visa categories and system for processing applications would be retained. The proposal would, however, liberalize distribution methods for visas and some eligibility criteria, institute more protections for visa holders, establish options for undocumented individuals, as well as set up new programming and grants to promote economic development and immigrant integration. The below is a brief overview of some more pertinent sections. 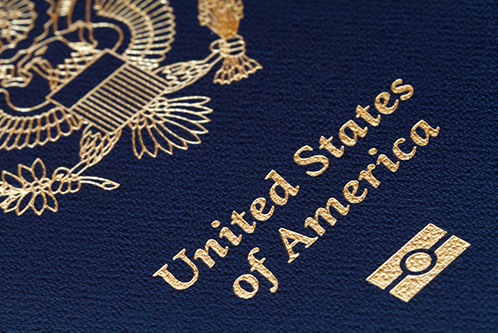 Pathway to Citizenship for Noncitizens, DACA Holders, and TPS Holders

As administrative officials initially indicated, the Act would offer a path to citizenship for eligible noncitizens physically present in the United States as of January 1, 2021. The Act would offer “lawful prospective immigrant” (LPI) status to qualifying individuals in six-year increments. “LPI” status is a new category of status introduced by the Act that offers a path to lawful permanent residence. The Act would also permit adjustment of status (to obtain “lawful permanent residence” or a “green card”) to individuals who have held valid LPI status for at least five years and who pass other criminal, tax, and national security background checks.

Notably, the Act incorporates the Dream Act (Section 1103), a section that would permit the direct adjustment of status of certain noncitizens brought to the United States as children to lawful permanent resident (LPR) status, with a more streamlined procedure for existing DACA recipients.

The Act also includes provisions for the direct adjustment of status for certain individuals present in the United States since 2017 who had or were eligible for temporary protected status (TPS) or deferred enforced departure on January 1, 2017, as well as for nonagricultural workers (who are noncitizens) who have performed at least 2,300 work hours (400 work days) in the preceding five-year period prior to application.

In the employment context, the proposed Act would eliminate per-country caps for employment-based immigrants (allowing certain nationals to avoid the lengthy queues for immigrant visas now in place, particularly for China and India) and increase the number employment-based third-preference visas for “other workers.” The Act would create a pilot program for a new visa category dedicated to regional economic development (10,000 visas) for individuals with employment essential to local development strategies.

Of additional interest to many employees, the Act would provide work authorization for H-4 visa holders (H-1B dependents) and provide further protections for H-4 children who would otherwise age out of potential visa options. It would institute new protections for F-1 students at higher education institutions by eliminating the requirement to demonstrate that they have a foreign residence they do not intend to abandon.

Individuals who have earned doctoral degrees in STEM fields from U.S. universities would also be exempted from annual numerical limits on employment-based visas. Also, the new legislation would increase the base number for the calculation of the annual ceiling for the admission of employment-based immigrants from 140,000 to 170,000, increasing the availability of visas.

In addition, the Act would create more programming and grants to promote immigrant integration at the state and local levels.

Despite the more moderate approach taken by President Biden, the likelihood of the success for the reform effort remains unclear. Immigration reform has historically been considered a politically polarizing topic in Congress, and immigration legislation is expected to face particular challenges in the Senate.

Control of the Senate is split 50-50, with Vice President Kamala Harris serving as the swing vote; however, Senate Democrats would need the support of 10 additional Republicans to avoid a filibuster blocking the legislation from going to a vote. As the legislative path develops, we will continue to monitor and report on this bill’s progress and on any other significant immigration-related legislation that would affect employers and visa holders.

Status of Final Rules and Executive Orders from Trump

We also continue to monitor the status of several administrative rules issued after the prior administration’s Buy American Hire American Executive Order (April 18, 2017) (BAHA), which set out to uphold and promote “U.S. worker protections” by limiting the ability of employers to employ foreign nationals.

What to do about “Global COVID Nomads” and Other Wandering Workers Who Telecommute from Abroad for Personal Reasons – Littler
February 25, 2021

How FX Providers Can Help Prepare You for Market Motion – Xe
October 1, 2020
Go to Top