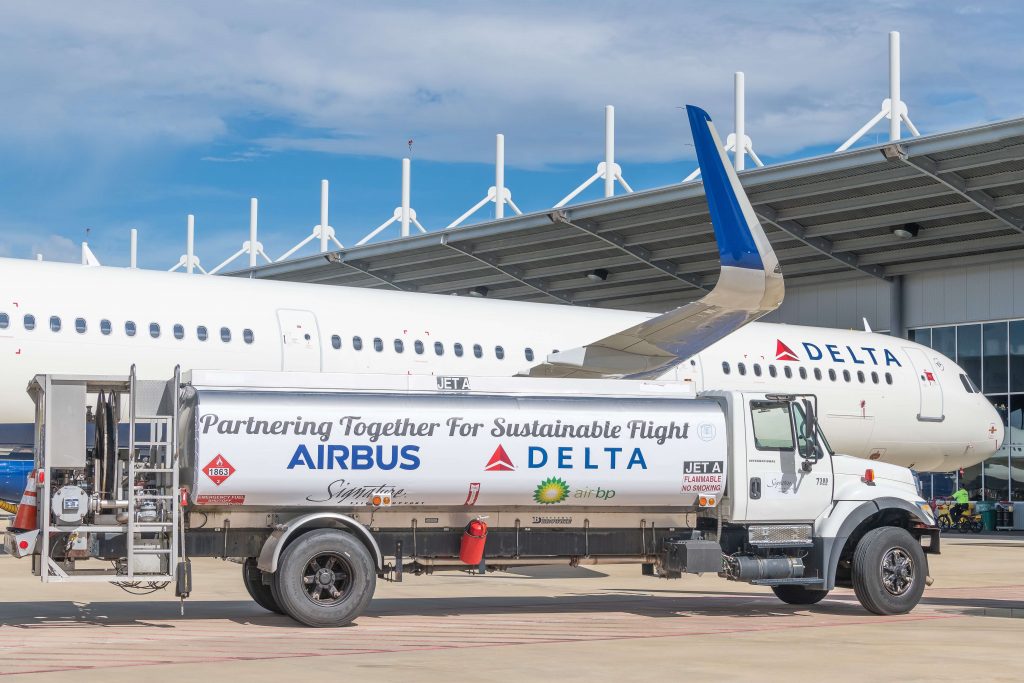 Delta is one of America’s 100 most sustainable companies – No. 27, to be precise – and the No. 1 U.S. airline, according to an in-depth Barron’s study  that rated 1,000 companies in five key categories: shareholders, employees, customers, environment and community.

Delta has also been named on the FTSE4Good Index for four consecutive years, included in the Dow Jones Sustainability North America Index for eight consecutive years and given an honorable mention in Fast Company’s 2019 World Changing Ideas Awards.

Here are some of the highlights of Delta’s social responsibility and sustainability efforts.

Delta Air Lines (NYSE: DAL) is the U.S. global airline leader in products, services, innovation, reliability and customer experience. Powered by its 80,000 people around the world, Delta continues to invest billions in its people, improving the air travel experience and generating industry-leading shareholder returns. Headquartered in Atlanta, Delta offers more than 5,000 daily departures and as many as 15,000 affiliated departures including the premier SkyTeam alliance, of which Delta is a founding member. The airline serves nearly 200 million people every year, taking customers to more than 300 destinations in over 50 countries. Delta operates significant hubs and key markets at airports in the United States and worldwide in conjunction with its alliance partners. More about Delta can be found on the Delta News Hub as well as delta.com, via @DeltaNewsHub on Twitter and Facebook.com/delta.

All you need to know about the new Global Business Mobility visa for overseas firms sending employees to the UK
April 19, 2022

The Scale-up Visa: Who Will Benefit from this New UK Immigration Route?
March 31, 2022