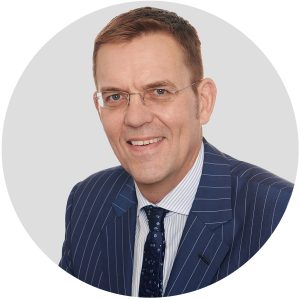 The inevitable conclusion for a UK government which does not control Parliament is a general election and, in spite of the weird unintended consequences of the Fixed Term Parliament Act, which saw an opposition party declining the offer of an election for several months, this is now happening on Dec 12th. Brexit will be at the centre of the debate between the parties but there will also be very different views about the future direction of the UK coming from each of the major parties. BAB is a non-political organization, and we have no horse in this race, but we will review the manifestos when they are published later this month and give our view on the policies that might impact our members in the UK, US companies doing business there and the future of the US UK corridor.

One thing we know already is that all major parties are committed to a significant increase in public spending, particularly on capital infrastructure projects, which will mark a change from the last ten years of constrained spending.

Meanwhile trade issues continue to concern our members and the wider business community. USMCA has still not passed and the window for getting this done this year is beginning to close. Although the labor issues that concern many on the left in Congress probably won’t be a contentious part of a UK US agreement, it is a reminder that passing any agreement through Congress is not straightforward. There will inevitably be other issues which will be politically challenging (around agrifood and healthcare in the UK for sure) and the need to make a positive case for a trade agreement will be an important part of our work across the USA if negotiations begin next year.

At the time of writing there seem to be some positive signals from the US China trade discussions but any good news that comes from this direction should be tempered by concerns about the tariffs the US has imposed on EU goods as a result of the WTO ruling on state aid for Airbus. We acknowledge the ‘legitimacy’ of these countermeasure tariffs as sanctioned by the WTO but for BAB, as an organization that believes in free and open markets, these represent a negative step when there is so much risk in global trade. The disconnect between the industry and business that was the subject of the complaint to the WTO (Airbus) and those that are bearing much of the weight of the new tariffs (e.g. Scotch Whisky) is hard to make sense of, and the risk of escalation, both through retaliation and when the Boeing case reaches a conclusion at the WTO, is high.

Meanwhile our busy autumn program is continuing with events and engagement on policy, trade promotion and the big issues which boards are grappling with. You can check out the range of our event programming here and review the last year of work from your organization in our Annual Report here.

Finally, I hope as many of you as possible will join us for our seasonal celebrations in New York on Dec 6th and London on Dec 13th (the day after the election!) I hope to see you there.

BAB Welcomes the UK Government’s Announcement of Measures That Will Reduce the Tax Burden for UK businesses
September 23, 2022
Go to Top